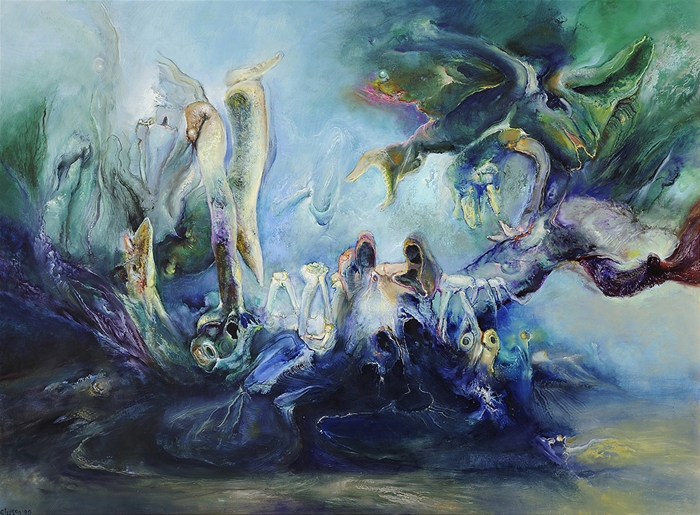 Artworks from one of my favourite artists, James Gleeson are on display at Charles Nodrum Gallery, Melbourne, Australia. Gleeson was an early inspiration for me. His works were huge and created such atmosphere. I used to visit Watters Gallery just down the hill from Oxford Street studio in Sydney to soak up Gleeson’s artwork.

Gleeson and his life partner, Frank O’keefe, established the O’Keefe Foundation, which gifted the Art Gallery of New South Wales (AGNSW) $6 million to acquire works for the Gallery’s collection.

Following Gleeson’s death, his personal property was auctioned but the major collection of the larger, later works became the property of the Gleeson OKeefe Foundation. The plan is for these works to be sold steadily, and, as envisaged and desired by the artist, proceeds will go to the Art Gallery of New South Wales for the purpose of acquiring significant works of art for the collection.

An exhibition preview on the Charles Nodrum Gallery website is available.

“I’ve never accepted the external appearance of things as the whole truth. The world is much more elaborate than the nerves of our eye can tell us.” James Gleeson.