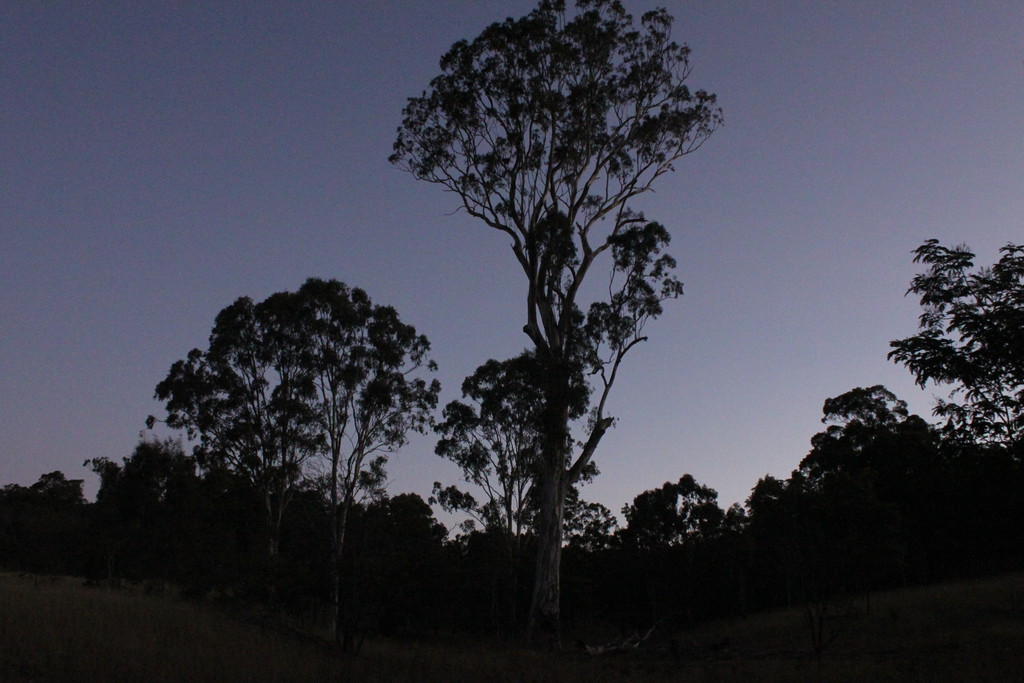 This past month I have been travelling westward from Brisbane, over the mountains to the Darling Downs. There a good friend and artist, Steven Bowerman is building his artist camp.

His project is to establish a large artist studio where artists can do a residency in the Australian bush.

The property is teaming with wildlife, which like most native animals, being nocturnal are mostly active when night falls. And when night does descend, the stars are stunning. Being so far from any large town or city there is no light pollution to obscure the awe inspiring sight. So bright are the stars, that one can walk about the property unaided by torch light, and see their shadow.

Mind you, care must be taken with certain pitfalls on the property, those being the abandoned mine shafts. in the late 19th Century the region was the scene of a gold rush. Up to 8000 people were at work burrowing into the land seeking their fortunes. This is a far cry from the few houses of today.

In the 70s, modern machinery was brought back to process the mine tailings, seeking any traces of gold that early prospectors might have missed. As a consequence a number of dams were gouged out of the earth to supply water for the processing of the tailings.

What meagre water that does fall out there and remains in the dams, is vital for the local wildlife which come down to drink under the cover of the cool night air.

Much more damage was done to the land after the mining had long ceased, with cattle and logging. Then invasive species such as prickly pear have also sprung up with their ferocious spines.

But, all of this, Steven has taken upon himself to set right. Over the years, he has been progressively rehabilitating the land and making a difference.

This along with various building projects on the property are keeping Steven very busy. A very decent sized studio space is being built. The site will be off the grid with rainwater storage and solar panels to power the studio.

Already in various little niches on the property there are small creative surprises to see. But the most apparent features on the site are the stone structures he is building. These will all eventually contribute to the full functioning artist camp.

There is still much to do, but the creativity is already flowing. 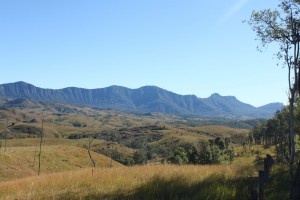 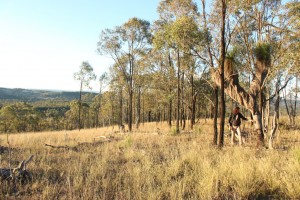 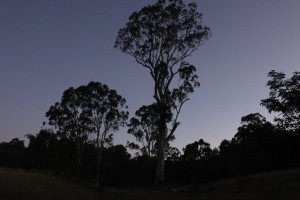 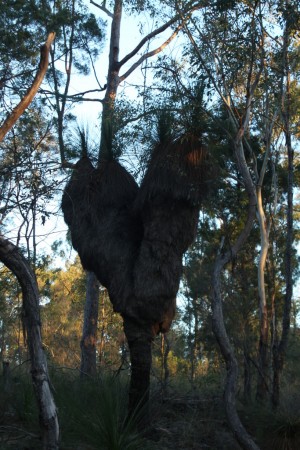 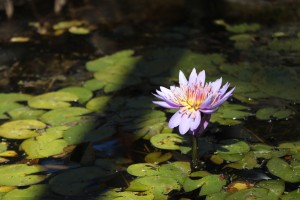 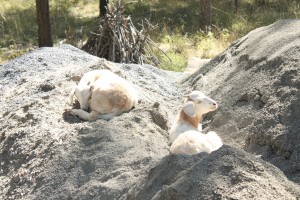 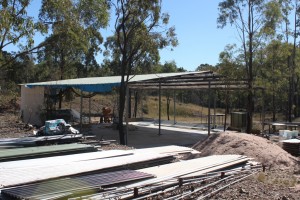 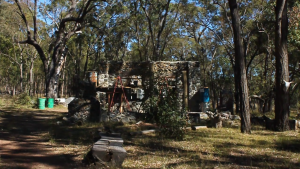 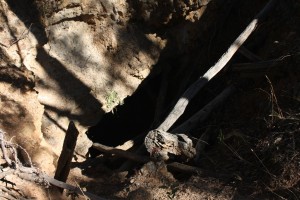 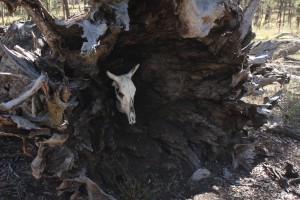 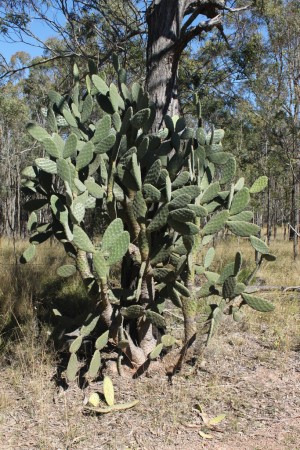 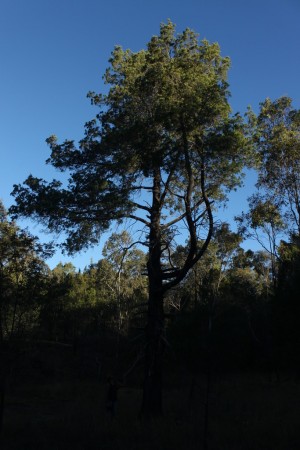 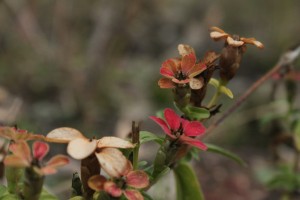 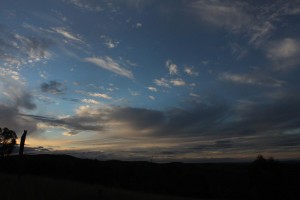 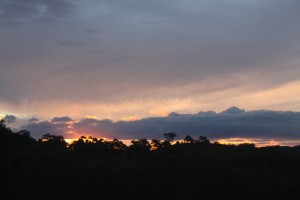 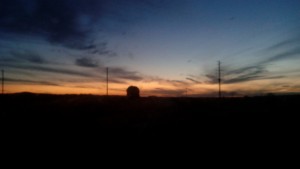