I did things a bit differently this time around. I marked out the drawing on the canvas in ink rather than pencil and I also blocked in some of the shadows to force me to concentrate on the values of the painting. While the ink at first appeared to be to stark, once I put the imprimatura over the ink, it subdued it rather nicely and provided an excellent beginning for the painting. After that the process was reasonably standard.

As you can see I progressed to the grisaille again paying attention to the values. My focus with this painting was to keep my values in correct relationship. I had finally come to realise, it was this aspect that was incorrect in many of my earlier works.

Some people put a great deal of work and detail into their grisaille, but I keep mine rather loose because a good deal of that detail is going to be lost in the following layers. Secondly, I’m a bit impatient and am trying to work as directly as possible.

When I commence with colour, I am still working in a blocky fashion, but a bit more definition is starting to be added. I was attempting to place blocks of colour next to each other and avoid blending as much as possible. However, this requires a very good eye for the selection of colour in relation to the values. You can see I was off in a few places, but I feel I didn’t do too badly. I figure practice makes perfect. 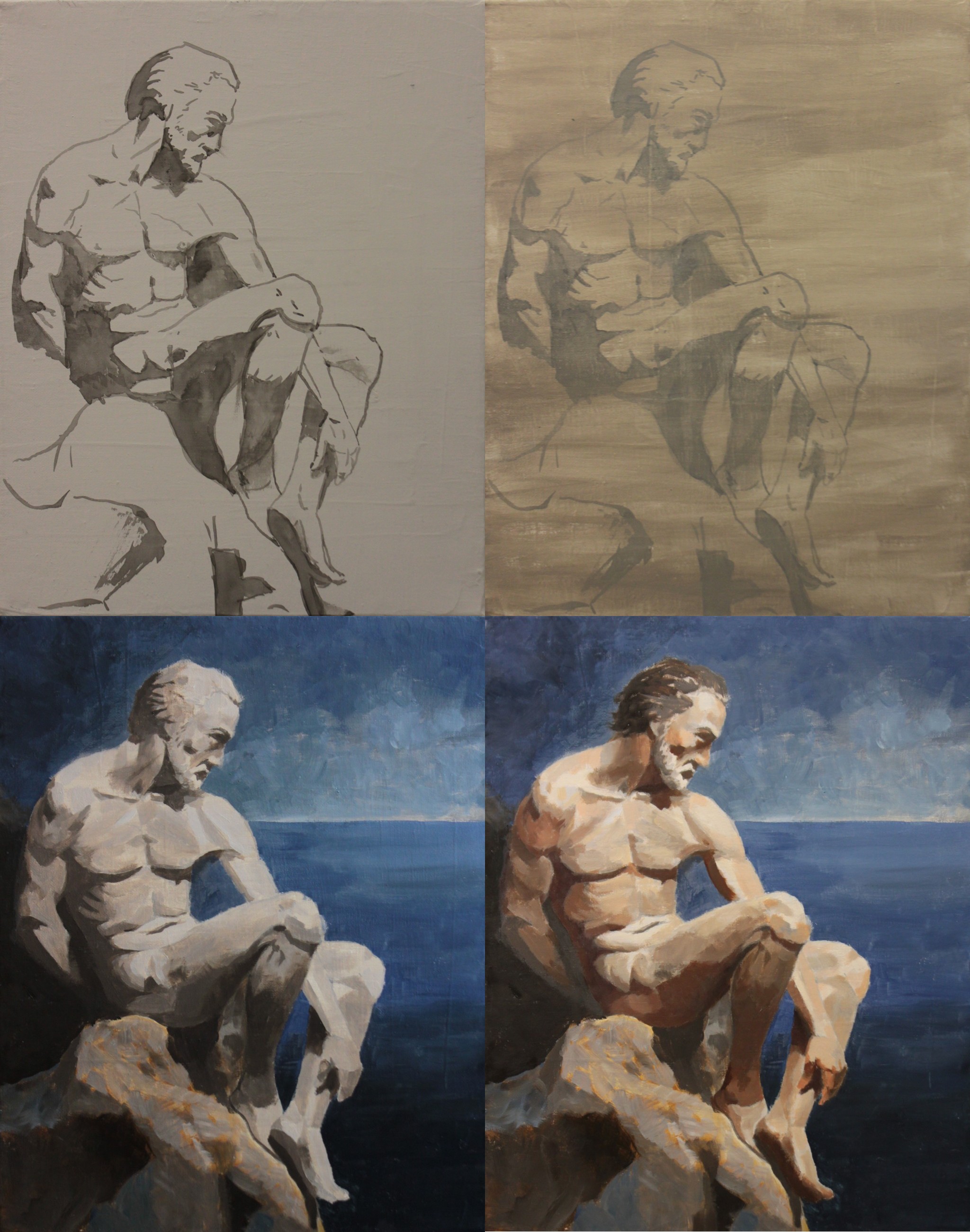 The final painting took on a bit more polish and detail than its beginnings. I’m still experimenting with doing time lapses of my painting process. Perhaps one day I’ll be publishing some of those for you to look at.