Don’t Bank on Your Banksy 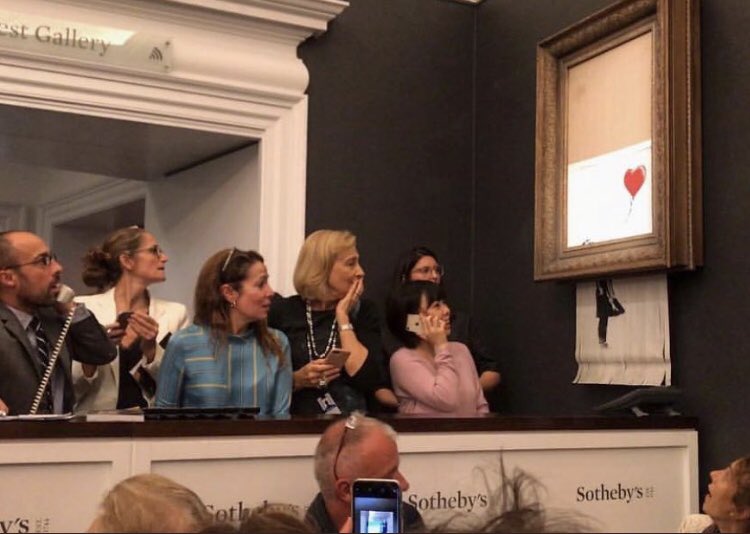 So Banksy does it again. One of his artworks shredded itself the moment it was sold on auction at Sotheby’s. The art world news was abuzz with the story this morning. The photo above is priceless, capturing the moment of shock when the artwork went into “auto-distruct”.

The moment the hammer went down for a price of £860,000 ($1.1 million USD), an alarm sounded and the artwork became confetti. Some theorise that the artist himself was in the crowd of the auction and initiated the shredder built into the frame via remote control. Normally if an artwork is damaged before it leaves the auction house, the sale is cancelled. However, Southeby auctioneers are arguing that the action has now increased the artwork’s worth.

Some are applauding this as a brilliant “anti-capitalist” statement, however seriously misunderstand the art market with such statements. Banksy is well aware of this, thus the artwork was not completely destroyed. He’s savvy enough to know that worth of the work will skyrocket.

Banksy pranks everyone. The anti-capitalist Lefties see him as a champion of the people giving the finger to the elite, having come from his urban street art roots. But his 2010 film, “Exit Through the Gift Shop“, is a clear statement that he “sold out”. Banksy is on no one’s side except his own. He’ll prank who ever he sees fit, and is happy to profit from it when he can. This is consistent with the mercurial nature of his artwork. You think you have the world neatly boxed up with your biases, Banksy will have you think again.

Perhaps he should rename himself, Pranksy. He’s certainly capable of some ingenious trickery and long term planning. Auction house Sotheby’s acquired the artwork in 2006, which means Banksy has been waiting at least 12 years to pull off this stunt. 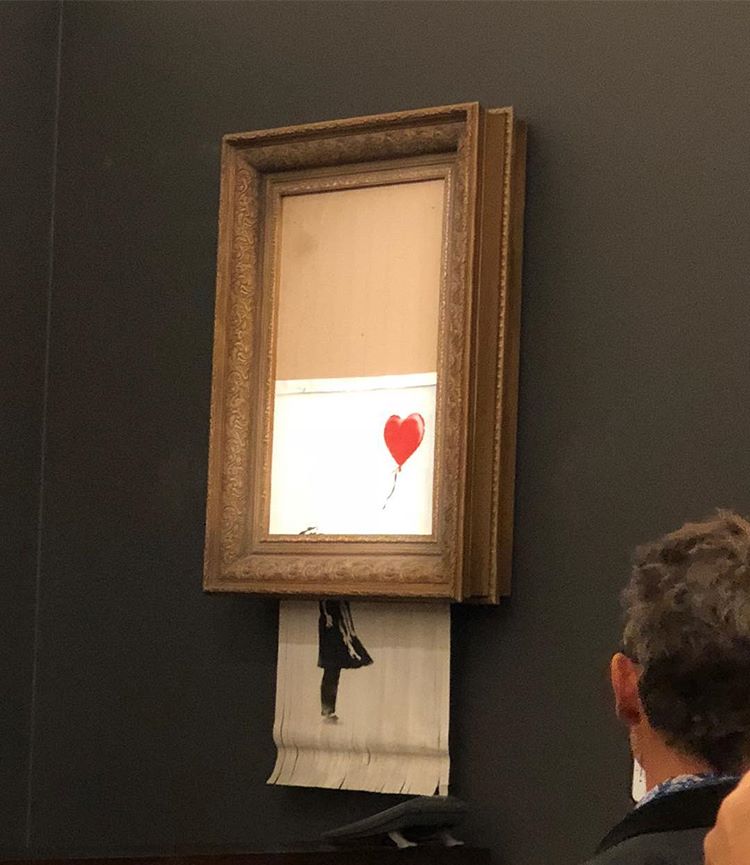