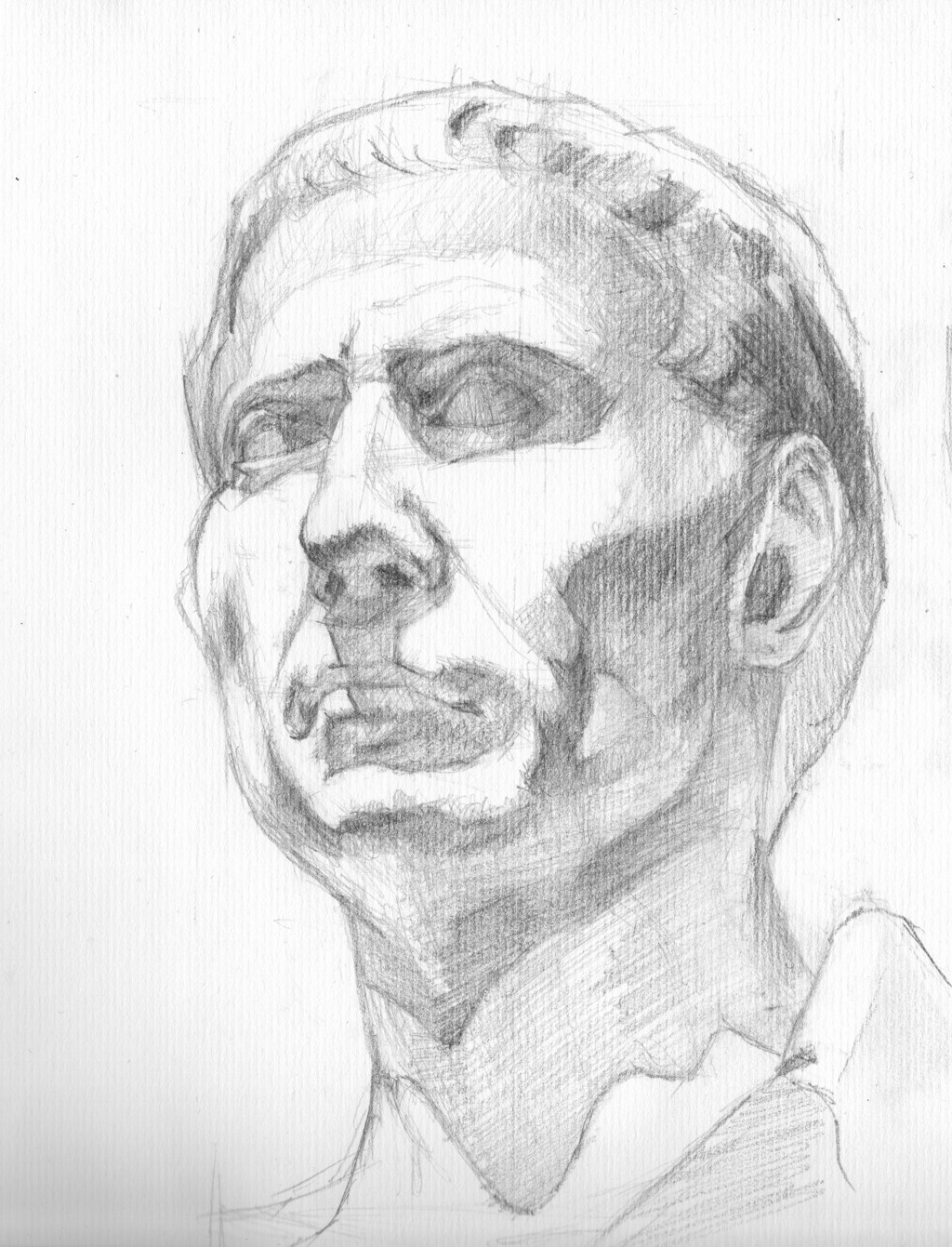 I spent the afternoon in the Museum drawing from antique Greek and Roman sculptures. How could I pass up Caesar? The museum offer folding stools which made things a little more comfortable. But while sitting did give me a very interesting perspective looking up to the bust, after a while this became tiresome on my neck and shoulders. Caesar suffered many hardships in his career, so how could I give up in the face of my mild discomfort? I persevered until I had captured a whole impression. What did me in finally was thirst and hunger. Have you ever noticed that walking around museums and galleries makes you thirsty?

Sitting there in the gallery, sketching sculptures, it seems I became part of the exhibit, as people stopped, looked, photographed and sometimes peered over my shoulder. There were a number of school groups that came through the gallery. Some were informative for their students, explaining that by the time the Romans came to power, Ancient Geek culture was already in decline. Had it not been for the Romans making copies of Greek works of art, very little would be left to us today.

However, there were other teachers… well, I’ll leave that for another blog post all of its own.